You are here: Home Computer 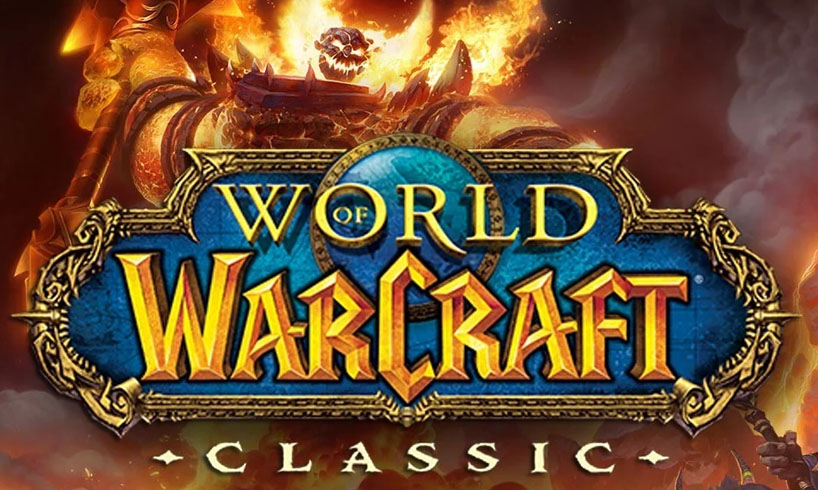 Back in 2018 Blizzard released the seventh Expansion to World of Warcraft, the Battle for Azeroth. A return to the ‘classic’ Horde vs Alliance both sides were to be back at each other throats. My brother convinced me to go back to the game, though I didn’t offer much resistance. I had been an avid World of Warcraft player since launch in November 2004 all through the level grind, 40 man raids, even the inevitable guild building and collapsing that comes with all MMOs. I was lucky enough to have played with my wife in a more casual manner up til the Mists of Pandaria expansion release in 2012. Not only was the expansion unsatisfying but we had a growing family and other things more pressing to sink our time into versus the panda-land and it’s many mysteries.

I had treasured my time in WoW filled with in-game triumphs, experiences with online and real life friends, so going back was only dangerous in how much time I could lose. Turns out that is approximately four months with a slash-played of about a week. The Battle for Azeroth expansion however furthered the game into it’s casual realm making general progression time-gated but less time intensive, meanwhile Raid progression was still a hardcore pursuit. I remember playing with my brother and calling myself “Old Man WoW” going on or complaining about the bygone days of grinding, raiding, and so on that I recalled so fondly with my rose colored nostalgia goggles. Little did I know then that Blizzard was gathering to bring that experience back for veterans and new players alike with World of Warcraft Classic.

I will confess to have dabbled with ‘vanilla’ WoW private servers once or twice. I never stayed long whether from lack of support, server wipes, or generally just not finding a large population to make the world feel like it had any life in it. Others complained that even though it was close it still wasn’t the same as the official version. Players had bugged Blizzard for a return to the classic game for ages, private servers obviously growing in number or at least in size might have just got their attention. After the release of Battle for Azeroth they began teasing the return of World of Warcraft Classic, it immediately generated as much hype as the original release did. Then on August 2019 they released World of Warcraft Classic to the already subscribed and the returning masses of WoW players. The demand was staggering, while not as error filled as the original launch it was a traffic jam as servers reached capacity. They began expanding the number of available servers and re-worked login services to lower login times during peak hours, sometimes these could climb from a few minutes into several hours for a server at capacity. Players that started after ‘vanilla’ got to experience a game as if they had gone back in time. Meanwhile the “Old Man WoW”s of the world returned with a long history and fond memories of familiar territory, only it wasn’t quite the same as they remembered. New technology and small differences began to add up to a different type of play experience.

See we hold a memory of something in our minds, the idea of how it was, only when you go back to the source for that memory after a long time away from it you actually create whole new experiences with it. Theses new experiences combine with the old memories goading us to continue despite us already knowing the destination from previous experience.

That is how World of Warcraft Classic was for me, it was a powerful nostalgic trip back and digging up old happy memories. I found myself enjoying my playtime but feeling like I was merely covering old ground. The experience being more of a trip down memory lane rather than engaging game play. Once I remembered the amount of time I would need to finish out to level 60 and then progress into the endgame raid, I knew that I had completed my journey. I wasn’t a new player getting the ‘original experience’ but rather a lingering “Old Man WoW” trying to re-live the glory days long gone.

Nostalgia is a strong force that can bind us to a place, a time, or even a frame of mind. Blizzard had launched a new product that was merely a re-make of an old one and by all accounts they aren’t hurting for it. So it made me wonder about other MMOs I had played before and just where were they now? Had they shut down completely? Turned into private servers run now by the former players themselves like ‘vanilla WoW’ had? Or were they simply still chugging along their players their own microcosm of people tied to an aging virtual world? So I went to find out.

A galaxy far far away…

Prior to my World of Warcraft days I had spent a time in Star Wars Galaxies launched in June 2003 it was at the time a modern marvel of world creation and open exploration. The game was built to not only house the ‘universe’ of Star Wars but TO BE built and lived in by it’s players. The original game at launch was an open sandbox world, without set classes, resource gathering, I mean pretty much what you did or didn’t do was entirely up to you.

That was until the Jedi showed up. Once the system for becoming a Jedi was put in the slow decline began as everyone chased being a Jedi as the sole purpose of the game, also a lack of focused tasks outside of the Jedi hoops made some players feel like the game didn’t offer very much to do despite the abundance of things you could do. There would be two significant changes to the game to try and resolve these two issues neither of which really seemed to resonate with all the players as they ultimately aimed to make it more like it’s growing competitors.

A steady decline and lack of support from Sony caused SWG to merely dwindle slowly until it cease operation. Well at least official operation cause there are some folks keeping the game alive or their version of it in the form of SWGEmu or Star Wars Galaxies Emulation. I haven’t tried any of the servers out there running this but I won’t deny that it is tempting to take a peak.

The future in your hands.

Before I ended up in a galaxy far far away I had made friends with a group of role players on another planet called Rubi-ka. This was the imaginary world and backdrop for the MMO Anarchy Online. Published by FunCom and launched in June 2001 it was anything but smooth launch and at the time set the bar for epic failures. The game was fraught with technical issues, server problems, client hacks, login bugs, and just about any other problem you could encounter with an MMO or game as a service model as we know it as now.

The theme for AO was a futuristic sci-fi cyber-punk styled world with two factions pitted against each other for control of Rubi-ka’s resources. Simple enough? Except there were in fact three factions, when you started you were part of a ‘neutral’ party and you were suppose to choose one of the two factions, only surprise a lot of players chose NOT to choose at all. This caused a three way split between players, most not choosing as picking a side put you in the PvP cross hairs of the other side.

To me this was kind of proof that in the early age of MMOs studios were still really just figuring it out but back then the anarchy of it was really remarkable, no pun intended.

My time in AO was a lot of fun both before and after my role playing encounters. I remember count less hours flying around, grinding mobs, running missions while listening to Grid Stream Radio, the official unofficial voice of Rubi-Ka as it was a wholly player ran online radio station that held in-game events and kind of track RP story lines and tales on air. Eventually there was an expansion (a few in fact) for Anarchy Online that players eventually moved too leaving the core world behind and somewhat less populated. I believe this was done to sort of ‘reboot’ the game world as they had learned from their mistakes by then, still AO players didn’t give it up completely. In fact it is one of the oldest MMOs still running to date and you can play the original world and the first expansion for free or pay a subscription fee to get membership benefits and access to all the additional expansions. I’d recommend giving it a go if you’d like to see one of the games that shaped MMOs today, if your really daring you can use the original rendering engine versus the new BETA one for a real glimpse into the past.

While there are a number of other MMO titles I dabbled in here and there these three were probably the ones I was most involved with and definitely the largest amount of time spent playing and socializing around.

Do you know any old games that went private after officially ending?

What old MMO did you play and have returned too? 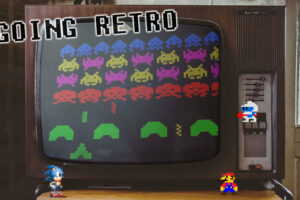 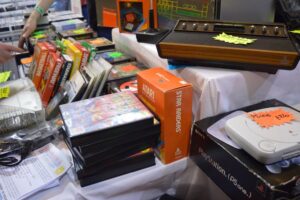 What is old is new again.