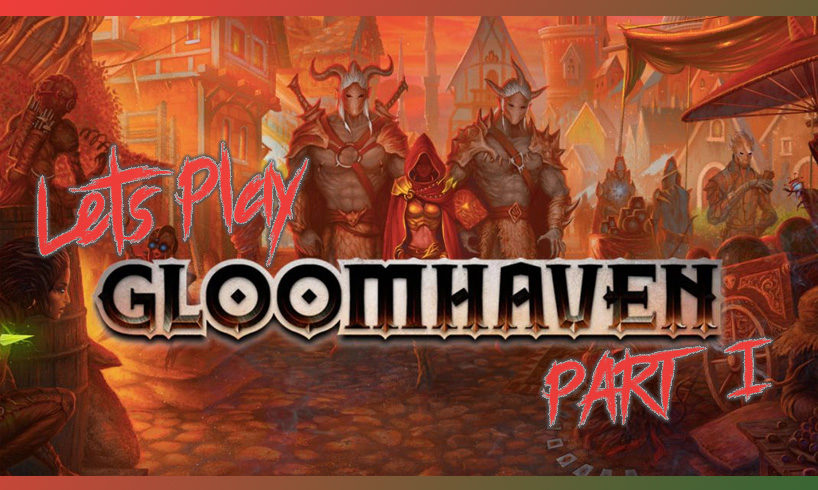 In March 2017 a small game company wrapped up its Kickstarter for a first edition euro-theme board game with a pledge amount of $386,000 dollars. This was a whopping $316,000 dollars over the initial goal but in the wake of other massive Kickstarter campaigns relatively small. During that same year the game won awards and generated buzz within the board game and pen & paper community alike. Then over a year later they ran a second campaign on Kickstarter for a second edition printing and materials to update the first editions. The total pledge for that campaign topped out at almost $4 million dollars! The game took even more awards in 2018 generating even more hype and interest. Needless to say the game had a lot to live up too but has been and currently (at time of posting) is the #1 ranked game at BoardGameGeek.com.

I am of course speaking of Gloomhaven.

What’s in the box?

The box for Gloomhaven is a massive cardboard container that houses an entire world and everything you need to play in it. The game is a Legacy Role playing game meaning that the world changes over time as you make decisions not just your characters and those changes are permanent. This can even alter the way the game is played itself altering abilities, rules, or available locations to continue play. This makes each play through of the game unique and random whether you play with a new group or an existing group at any given time.

The world setting is a mix of science fiction and fantasy elements, so you will recognize some but also tilt your head at others from time to time. The setting is both familiar and alien which is refreshing after ages of endless dwarves and elves. The lore of the world and town unfold as you play the biggest element you get when you start is the racial descriptions for the available starting characters. From there a bit of randomness and player advocacy takes over to give your character direction and purpose. There is not a core lore book or over view of whats-what whos-who presented like a typical pen & paper game. You are meant to see the world as you experience it and discover it. There are some videos about the races or the game rules/play from the days of the Kickstarter to pick through, but nothing centralized in the box. This might be a bummer for those that love the lore but I understand the reasoning for it as well after we got into the game.

Another element that might surprise some are the ‘classes’ are pre-built characters. Again this is done to ensure controlled growth and balance. So no weird meta mechanics at least from the power gaming starting point of character creation. This doesn’t mean you can detail a story for your character or stylize them in your own way, just that you have certain parameters that are set for game play. Don’t think this means you aren’t given options to make the character your own as each class has several options and varies greatly through both typical RPG tropes of tanks and healers, to unique blends, to some that seem almost unheard of. You are definitely given some freedom to experiment and make a character that plays how you like within the skills and abilities given for that particular character.

The next biggest and immediate thing to notice is that inside this cavernous box of legacy RPG world building there is not a single die. Not a D4, no D6, not even the RPG mecca D20 to be found inside. All of the random elements come from the player’s choice and luck of the draw, there are card decks a plenty! Dice rollers might weep over this a bit but trust me when I say dice would have just been one more thing to keep up with and there is plenty to do without them.

That brings me to the ‘game keeper’-less or DM-less nature of the game. There is enough to track in a round that a single person could in my opinion play the ‘world-at-large’ making them effectively the enemy AI, turn tracker, element keeper, scenario reader, board assembler, map updater, and referee like a typical ‘game keeper’ or DM. However as the enemies have set rules to govern themselves in an encounter and as the scenario book is laid out neatly so unless you go seeking spoilers anyone can pick it up and handle the book keeping there really isn’t a reason to have a single person do this. This removes the need for a ‘games keeper’ letting everyone sit down to play which means you don’t want to put all the ‘game keeping’ on a single player. Spread the jobs out among the players and you will find that the real co-operative nature of the game starts to shine and the game play will flow much easier instead of waiting on one player to handle all the business alone and play their character.

Not going to lie setting up Gloomhaven can be a task, especially the first time you play. Just knocking the pieces out of the punch cards will take a solid half an hour, not to mention if you like to organize and sort things. There are whole systems built for organizing the game and placing it back into the box. I can’t speak on how well they improve setup times but I’m wagering they do better than tossing it and out of the box. There is simply just a lot in the box to deal with and sort through. Eventually it probably won’t feel so daunting but the first time you lay it out on a table it seems over whelming especially for new or non-gamers.

I had heard about Gloomhaven in 2017 and even saw the Kickstarter at the time I was going through a move and didn’t think one more thing to pack was something I needed. I had heard the rumor that it was like D&D but made so that no DM was required which intrigued me as I had as others experienced the ups and downs of D&D with various DMs and groups. Move completed I completely forgot about the game as I had no group or anyone interested in such a thing til recently. Gaming group assembled we decided to make this the game of choice and shared a purchase to get things underway.

Setting up the first game took us about fourty minutes and we divided up jobs between us. As a party of four two players had and two others had not already played Gloomhaven, I fell into the ‘had not’ obviously. I believe without the previous two players experience this would have taken an hour. Mainly due to not know what or when things may be needed and how to sort them in a useful manner.

The actual game play was a bit easier to get into as I had watched those helpful Kickstarter-period videos and knew the basic flow of the rounds and turns. The other ‘had not’ did not so there was some analysis paralysis from time to time but this was quickly overcome within a few rounds. Also we died in the first scenario, exhausted rather, which meant we had to try the scenario again. You get to keep our Exp and Loot which is a helpful mechanic cause progression does not seem super duper speedy. It also softens the blow of having your butt kicked by what amounts to kobolds.

There was discussion after said butt-kicking on whether we would lower the difficulty. Yes, the game has a sliding scale you can use to ramp up or lower the challenge of a given scenario. We decided not to lower the scenario difficulty and emerged victorious on our second attempt. We only completed one scenario out of the ninety-five scenarios available in just about two hours of actual game play, although we spent most of a late morning and early afternoon talking, socializing, and sorting out details for the game. Overall the co-operative game play plus ‘game keeper’-less mechanics made the game feel more engaging to me as a player. Because we were participating with every aspect of the game together instead of focusing on just our turn or character.

Replay ability is possible if you plan ahead and purchase removable stickers instead of using the ones provided in the box however I would be surprised if you actually completed an entire campaign to do so. Rather it gives you the ability to rewind, revisit, or start over with a new group should the need arise.

Hope to add more as we continue our game play.

This game does not strike me as being for the average family game night and certainly not for those under probably age fourteen. Unless they already have a serious grasp on rules, mechanics, and don’t mind getting killed once in a while best to find another game.

Also the game can be played solo but I would highly recommend finding four serious gaming buddies interested in a seriously long game to play with a killer story and stellar world building.

I would also recommend giving this a try at a local gaming hall or shop that will let you try a demo, especially if you have the desire for D&D but suffer DM-fatique whether a player or a DM.

Overall first impressions do not disappoint despite the price tag. In this instance you get exactly what you paid for and probably more. We will see how we feel about it as we get further into it. 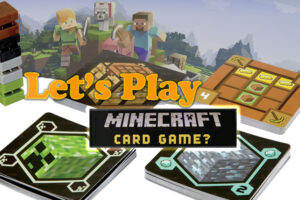 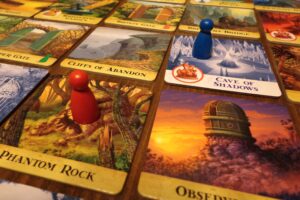